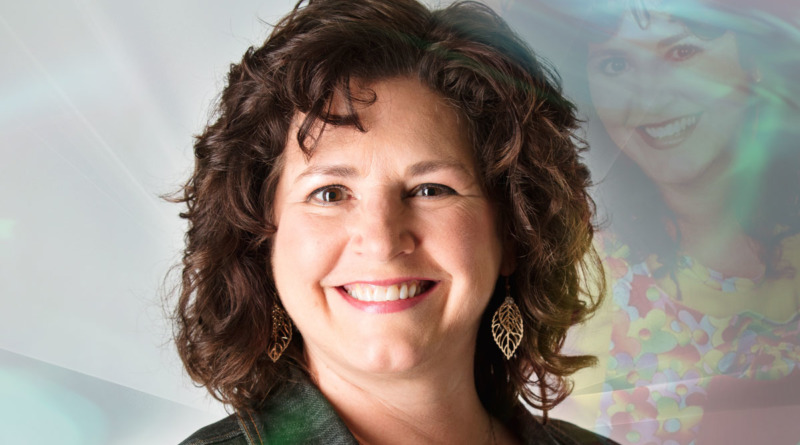 In 2011, she received the Trille Or in the best young audience category for her Le Camion rouge CD. In 2005 and 2007, she won Trille Or awards for her show À la ferme de Jojo and her CD by the same name. And in 2006, she won the Inspiration Coup de foudre award of Réseau Ontario. Not a typical journey, but one that launched her into a universe whose treasures only children truly understand.

Where it all started

Johanne Lefebvre never expected all that recognition from children. But things always happen for a reason. For the past 20 years, for youngsters and their parents, Jojo has been the epitome of the playful, lovable and clever educator.

Her family
Deeply sensitive to everything around her, Jojo grew up in Hammond on the family farm, surrounded by nature, animals she loved so much and beautiful flowers. She and her five siblings spent most of their time outdoors. The Lefebvre clan is very tight knit. Children, parents, uncles, aunts and cousins never miss a celebration, a chance to get together and sing along.

“We have uncles and aunts who are musicians. That was a big deal when we got together. It was magical and joyful. And it still is whenever we get together these days. There is always room for music.”

As far back as she can remember, Johanne always loved to sing, although she never thought about making a career out of it. With her deep love for animals, she saw herself as a veterinarian. And then, like most children. She changed her mind. She wanted to become a florist “so that I could have the most beautiful flowers around me,” she laughs.In her teens, she studied at École secondaire catholique L’Escale, in Rockland. School was not her favourite thing. What she really liked was her band, with whom she grew as a singer. “Every noon hour, we would get together and practice. That was what I lived for.” That was what motivated her.

By the end of high school, she was quite aware that studying was not for her. “I was so eager to buy nice clothes and nice shoes, that I went straight into the work force.”

Very soon, at the tender age of 17, she was hired in an administrative position in the federal public service. A few years later she married her first love, whom she had met at L’Escale, Mario Perrier. They have been together since their teens. “We have two beautiful children, Marilyne and Benoit, who are now 24 and 26.”

It was at work that music once again caught up with her. “I had lots of friends working with computers, and it’s funny because they were all musicians.” A coincidence? Hardly…

Her children were born before she joined another band outside of her work. “I would sing them children’s songs. I had a whole repertoire for them.”

The birth of Jojo

One day, the band was asked to perform at an important fundraiser for the Children’s Hospital of Eastern Ontario (CHEO) in Hammond. But a few days before the event, the musicians bailed. “There was a Formula One race in Montréal, and they decided that was where they wanted to be,” she laughs.

But she had no intention of cancelling on that important day.

“I opened by closet, put on my most colourful clothes, made a pigtail on the side of my head, added a bit of makeup, and voilà… Jojo was born!”

She hauled her little computer on stage with all of her children’s songs. “My little computer friend has been a part of my shows from the very first. I even wrote a song for it.”

That day changed her life. She was an instant hit. Ontario’s French schools fought over her. “I really didn’t see that coming!”

After a few years criss-crossing Ontario, with close to 1,000 performances, DVDs and TV appearances for Mini TFO, and the production and airing of a children’s series on Ottawa’s French Rogers TV, she started welcoming students to À la ferme de Jojo.

In 2012, the couple and their two grown children decided to settle at the Station 4 Saisons to welcome kids all year-round. “Instead of going to see the kids in schools, we had them come to us. Until June, we explore the farm. In March, it’s maple sugar time, and in December, it’s Jojo and Christmas for the animals. I always feel good working with the kids.”

A new public
Although Jojo still gives shows at Station 4 Saisons, she and her husband have extended its services from children to adults, to include things like weddings, private parties, business meetings, sugar shacks, and shows. They decided to go all out in order to provide a magical spot not only for locals but for all of Eastern Ontario.

Every last Thursday of the month, they host a comedy night, 4 Saisons de l’humour, featuring popular up and coming Franco-Ontario and Quebec comedians like Réal Béland. Their company is called Productions 4 Saisons.

At 55, Jojo still has that je ne sais quoi that pushes to keep going higher and farther. Comfortably settled in at Station 4 Saisons, she and her husband never tire of reinventing, innovating, offering and thinking about the well-being of their visitors, even though both of them took early retirement in order to be able to make their newest dream come true.

Children and adults alike love Jojo’s – or Johanne’s, if you prefer – warmth. She awes everyone with her sense of wonder. You can’t help but fall under the spell of this ageless woman. Very simply, she makes you feel that everything is fine and good. Having a Jojo around is like having a sunny day.