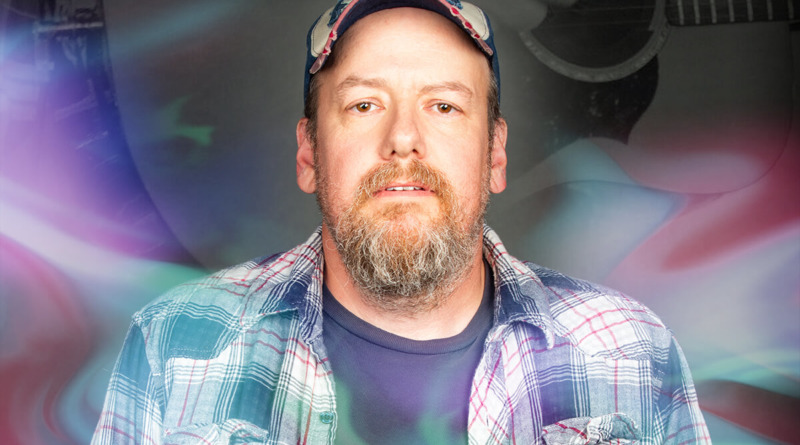 Derrick: So, Eric, please tell us about yourself. Let’s start with where you come from.
Eric: I was born in Clarence Creek. My father was an electrician and had his own business. When I was young, we often moved because of his work: to Orleans, Cumberland and Hammond, among others. Today, I’m back to my roots in Clarence Creek.

Derrick: What were you like when you were young?
Eric: I was always getting into trouble. I was often in detention. Later on I was often suspended. I wasn’t a bad kid, I just couldn’t sit still! I always had to be doing something or saying something. Trouble…! That’s the best way to describe me. Some would say I haven’t changed a bit!

Derrick: Tell me about your family.
Eric: My mother was a stay-at-home mom. She had a heart of gold and was very patient. My sister Rachel is the oldest. She is organized and likes to plan. I’m more like my father: impulsive and action-oriented. We get an idea into our head and away we go! I wake up with an idea, and I get onto it right away. I’m happy with the choices I’ve made, even if some of them didn’t pan out. I believe that often, although not always, my first impulse is the best one.

Derrick: Did you ever work for your father?
Eric: I started working for him from a very early age. I soon learned to roll up my sleeves and get to work. I learned a lot from my father, especially when it comes to dealing with people, but also just from watching him work. I went with him when he bought businesses and negotiated deals. He would tell me to watch and listen. I learned the importance of establishing a win-win situation and of respecting people’s feelings. My father was firm but fair.

Derrick: What about school?
Eric: I started elementary school at Ste-Félicité in Clarence Creek, and then continued in Orleans. I went to École secondaire Garneau. Then everything went off the rails. I went to L’Alternative because I was just too much trouble. It didn’t work out as hoped. I had a very violent and traumatizing experience. Someone pointed a weapon at me. Everything and nothing connected in my mind: I froze. Luckily, nothing happened. We then realized that was not the right school for me. So back I went to Garneau, where I finished high school. It was quite the experience!

Derrick: Do you have any tips for parents whose kids are mischief?
Eric: Try to figure out what your child feels passionate about, and foster it in them.

Derrick: What did you do after you graduated?
Eric: I dabbled in all sorts of things. My music career started when I was 13. Later on I worked in construction. Then, for nearly 10 years, I drove transport trucks across Canada and the United States.

Derrick: Who influenced you in your music career?
Eric: When you’re young, you try to please your parents. I don’t come from a musical family, but my father often listened to music. His car radio was set to the Oldies station, which played Roy Orbison and the Beach Boys. He played a game with me, always asking who was singing. I hardly ever got it right. He’d tell me, and then we’d listen to the rest of the song. I would use a technique called freezing to imprint everything in my mind. I would register how the song was sung, the vocal harmonies and the instrumentals. That way, the next time he’d ask me, I knew the answer. I listened carefully to Diana Ross, The Ronettes, The Ventures… I wanted to be sure to remember their voices and their sounds. The next time we played, I would often have the right answer: “That’s Smokey Robinson!”. So then my father would ask me how I knew, and I would tell him that I remembered his voice and the way he interprets the music.

I guess you could say that my musical education was listening to the radio in the car with my father. When we took trips, for instance to Florida, we would do that all the way there and back. We still do, but now it’s my turn to ask him. That’s a big part of my love for music. Gordon Lightfoot and Marty Robbins are some of the artists who have pushed me to do what I do today.

Derrick: When did you move from learning about music to playing it?
Eric: It happened naturally. I read a lot about it, and I have a real passion for music. I don’t just sing it. I know it. That’s part of what influences me, and it’s natural.

Derrick: When did you release your first album?
Eric: In 2013. Every time I performed, people would ask me to record an album. Because I started writing when I was very young, I had a huge collection of songs. I have hundreds stashed away. It was easy for me to come up with enough numbers for an album. I was lucky to work with Bobby Lalonde and the musicians of Patrick Normand, people like Steve Piticco. I jumped at the chance. I’m really proud of the product we ended up with. The music I record is music that I like. I think it’s important for an artist to be their own biggest fan, otherwise you’re a fake.

“If you wait for tomorrow to follow your dreams, by the time that you get there, they might be gone.”

Derrick: Tell us about your community work.
Eric: I organize events and take part in activities such as the Flood Relief fundraiser concert in Clarence-Rockland. Manon Cyr was the first person to believe in me. I had no experience, and we started with a show in Wendover called An Evening of Country Music with Eric Michael Hawks. It was a fundraiser for the Heart and Stroke Foundation. This year will be our sixth edition, and it will take place on November 9 at Club Powers on Giroux Street in Rockland. We will be raising funds and collecting non-perishable food for the United Way.

In 2017, we organized the Clarence-Rockland Country Jamboree, which was repeated the following year. The community was good to me.

Derrick: Why are you so involved in the community?
Eric: It is important to give back, you can’t only take. My parents also gave a lot to the community. I have been lucky to meet some very special people along the way. In 1999, I met Willie Nelson in Atlantic City. He was already a superstar, and he generously made time for me. He has done a lot for the farmers with Farm Aid, and our talk really inspired me!

Derrick: What have you got planned for the future?
Eric: I go to Nashville one to three times a year. It energizes me, and I meet people in the world of music. I go to shows, and show my daughter around. I know Nashville as well as I know Rockland. Basically, I have no plan, I live every day as it comes, and do what comes naturally.