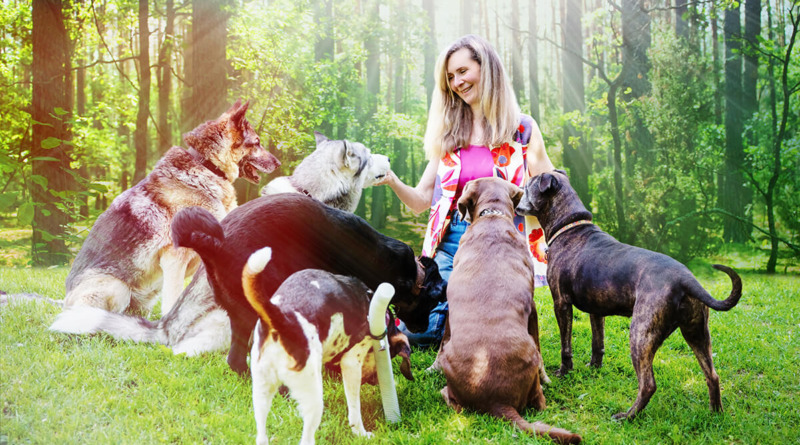 
Katalin Poor is living a life that was literally beyond her wildest dreams during her two-decade career with the federal government. Today, Katalin works happily as a translator from her home in St Pascal Baylon, with her husband and some of the beloved dogs she has rescued.

Her professions have changed over the years, but not her commitment to serve. She was raised with a keen sense of awe for creation and duty of care. And when it came to finding the courage to step outside her comfort zone, she knows that her parents were the perfect role models. After heart-wrenching hardships, they escaped communist Hungary with nothing but dreams for a better life for their 22 month-old daughter, their educations, a couple of suitcases, and the courage to face the unknown.

Kat’s first six years were a whirlwind of constantly changing environments and languages. With every new school and job came a need to learn or perfect another language. Communication (at times the inability to communicate) has been central to much of Kat’s personal growth. The constant need to adjust to new environments taught her that “you can’t grow if you just stick to old patterns.”

When government cutbacks in the mid-90s provided the option of the early departure incentive, she knew it was time for something new. “I had played with numbers for so long, but what I really loved was crafting words. I knew how the federal government works – and I was fluent in Hungarian, French, and English, and had enough Spanish to build on – I could become a translator!”

After a few years of working from home, surrounded by 46 acres of nature, another call came. And then another. “The City of Clarence-Rockland needed help saving dogs in the pound that were not claimed. I figured I had the space, time and resources. If not me, then who?” Then a few years later, at the time a locally-based national medical service dog organization, Audeamus, asked her to help chair it as it was starting up.

“When I started maggie’s place in 2012, I was responding to one little dog’s plight. Soon there were more. I realized there was no turning back. Little did I know what I was in for.”

In regard to the rescue, she admits she was pretty naïve about what would be involved. “There were times when I thought I’d made a terrible mistake, but I stuck with it. Today, I work with a few local rescues, because at some point you realize that you can’t do it all yourself.” Over the years, she has adopted out as many as she’s “adopted in”, and considers Maggie’s Place more of a sanctuary than a rescue.

As for Audeamus, it is now in the capable hands of retired Brigadier General Peter Holt, and soaring, thanks to the community’s support in its fledgling days. A happy aside: some of the dogs Kat rescued have become stellar service dogs!

To subsidize the care of the dogs she rescues, Kat boards dogs that fit well into the fully open concept of Maggie’s Place. “It’s a lot of work, but it works. And the forest and plentiful exercise help keep things harmonious.”

“If you open your heart and mind, and venture into the unknown, amazing things will happen.”